From total beginner to half marathon runner…Lil’s story

“Lilian has found athletics challenging. The positive approach that she adopted earlier in the year appears to have eluded her.”

So reads the somewhat negative physical education report from my secondary school years. In fact, if you told my younger self that I would willingly choose to spend much of my free time running, talking about running, buying running kit and encouraging others to lace up their trainers, I think my reaction would have been one of shock and disdain.  I think it’s fair to say that I am not a natural runner, and running is not something that comes easily to me. In fact, prior to joining Earlsdon Running Club, I had coughed and spluttered around a couple of parkruns, made several valiant attempts at the NHS’s Couch to 5K programme, but overall, had settled into an inert lifestyle where the only running was for the bus, and certainly not for pleasure. 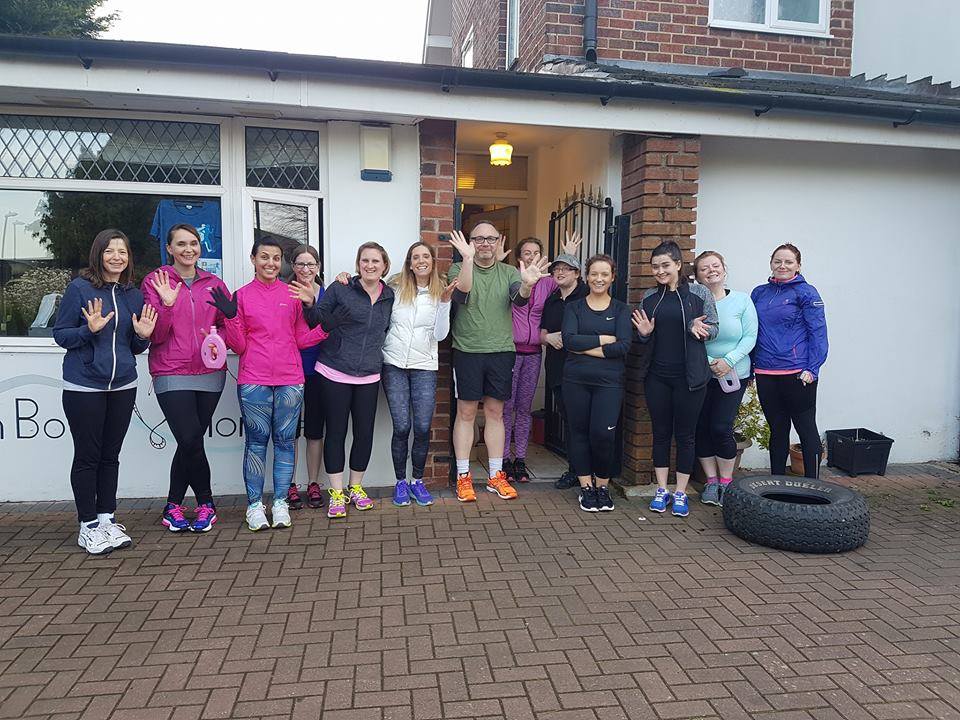 Lil graduating from our total beginners course in April 2017

Fast forward to the hottest May bank holiday on record, in Milton Keynes, where I was about to willingly commit to running for 13.1 miles.  As I queued for the bag drop, tummy full of porridge and butterflies, a nagging sense of unease was beginning to settle. I must be crazy. Why am I doing this?  All my friends were enjoying sunny bank holidays of BBQs and sun-bathing, whilst I was about to embark on a challenge that would push me to the limit. Anyone who knows me well at the club, will know that if the temperature rises above 20 degrees, I will be lounging in the sun, and most certainly not exerting myself! Despite the sweltering conditions and distinct lack of shade, I just about made it round the mostly flat course in one piece, without getting lost on one of Milton Keynes’ infamous roundabouts. Nothing beats the buzz of race day, and residents of MK were out in force with their super soakers, ice lollies, sun cream and support. In many respects, race day is an act of putting into action all the hard work of many, many months of training. ‘Soak up the atmosphere and trust the training to see you through’ was my thinking. That said, weather did seem to be the recurring theme when it came to my race days!

In fact, prior to this point, many of us had trained in the long winter months, in my favourite conditions: the bitter cold. Gradually upping our distances on a carefully tailored ERC programme of long runs, run fit and shorter midweeks runs, we were feeling as ready as we could be to embark on the much-anticipated Coventry Half Marathon. As race day approached, excitement grew but so did the likelihood of a dangerously cold wind chill coupled with unseasonable snowfall. Inevitably, and wisely, Coventry Half was cancelled.  To say we were disappointed is an understatement, and on reflection, this was the hardest part of my personal half-marathon experience.

Keen to keep the momentum going and not let our hard work go to waste, the coaches at ERC were eager for our hard work not to go to waste. Plans were soon put into place. Lee Lakin, raising money for Coventry’s Neonatal Intensive Care, sprung into action, and plans were soon afoot for ERC to host our own Coventry Half. In addition, many entered other events, including the Stratford Half. In short, we all got our bling in the end! 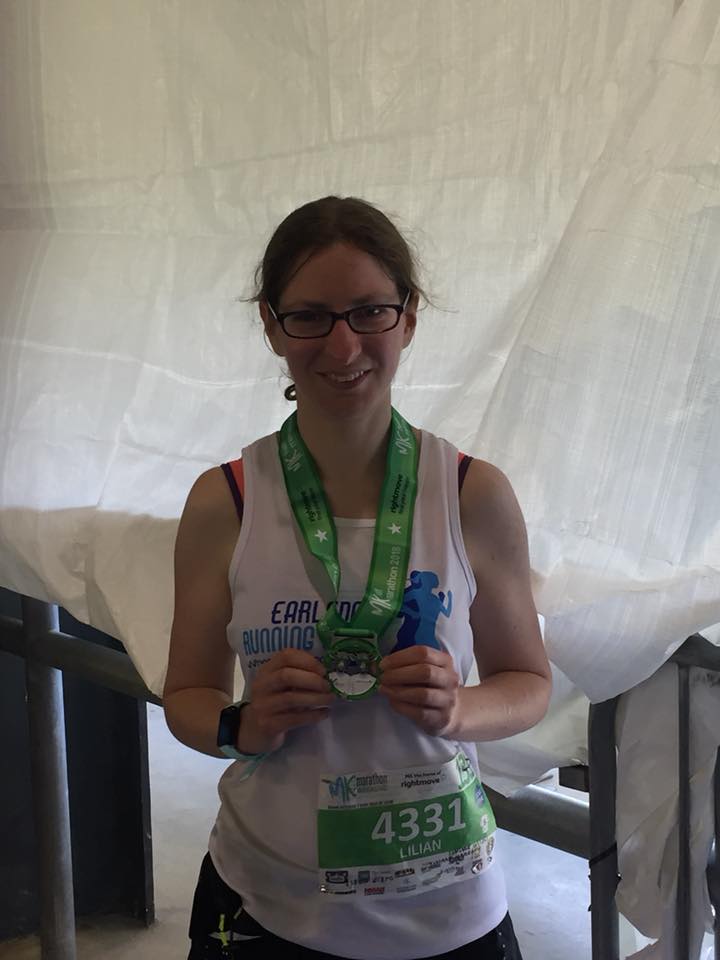 Lil with her first ever half marathon medal May 2018

But what of the months leading up to this point? The journey from beginner runner to first time half marathon has been one of successes and setbacks. On reflection, without the club and the amazing friendships formed along the way, I would not have made it to this point. Early experiences of run/walking, whilst tried and tested, were still the hardest stage of getting the running bug. Training in the dark and all weather after a busy day of work was tough. They say that we are what we repeatedly do, and this seems especially pertinent to running. Put in the training with consistency, whatever your starting point, fitness level (or Year 9 PE report) and you WILL progress. Once that progress becomes visible, the breathing becomes easier and you can even begin to chat whilst running; you begin to think that running isn’t so bad after all – it can be fun!

So to anyone thinking about taking their first steps into running, or pushing their goals to the next distance, event or challenge, I encourage you to go for it. Find your motivation that will get you through those tough runs on a cold Saturday mornings; find those running buddies that will turn your training into a weekly catch up with friends; and most importantly, lace up those trainers and get going, and keep going.